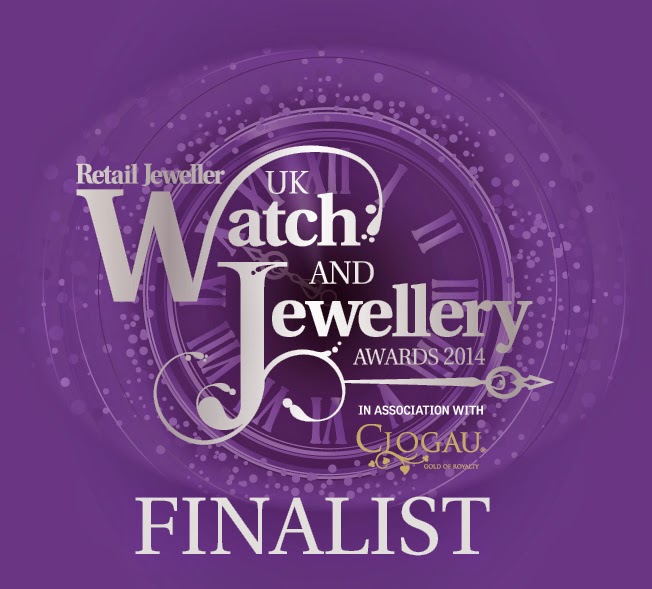 Retail Jeweller's prestigious UK Watch & Jewellery Awards is the number one award ceremony in the jewellery industry, running for over 20 years!

Every year a team of top industry judges pick the cream of the jewellery crop for nomination in a variety of categories, with the winners to be announced at a super swish awards ceremony complete with champagne and celebrations - how exciting!

This year Jana Reinhardt were one of the few to be nominated as a finalist in two separate categories:


This is not the first time we've been shortlisted for the awards! Last year Jana Reinhardt were also nominated for 'E-tailor of the Year' which is judged on how fabulous and fancy your website is.

The competition was fierce and we didn't win (booo) but we were thrilled to be a nominated finalist among the UK's most renowned and respected jewellers. And this year with two nominations under our belt, we're feeling extra hopeful!

UKJW are known for notifying their shortlisted finalists in a variety of quirky ways. Last year was a balloon, this year was even better with the delivery of a congratulations cupcake - it lasted just long enough for this photo!

The winners are announced on 2nd July at the swish Hilton Hotel on Park Lane (oooh).

Stay tuned for the results. We're keeping our fingers (and rings) crossed!